Kirby and the Forgotten Land out now for the Nintendo Switch!

During today's Super Smash Bros. Ultimate Direct, lots of new items and Assist Trophies were revealed. One new Assist Trophy is everyone's favorite food master, Chef Kawasaki! When summoned, he'll use his extending ladle to grab an opponent and throw him in his giant cooking pot, much like Kirby's Final Smash from Brawl. Along with Kawasaki, we also got confirmation that the fan-favorite Fountain of Dreams stage is returning from Melee! Wowee, does it look beautiful! We also
112 views0 comments 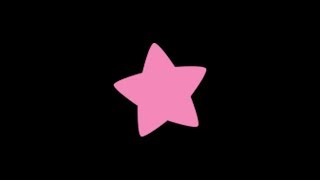 News about Super Smash Bros. Ultimate have been trickling in, and for today's update, a new Kirby feature has been revealed! One of the new music tracks in the game will be a remix of City Trial's main theme from Kirby Air Ride, which you can listen to above! This arrangement is by Noriyuki Iwadare, a veteran video game composer known for his work in the Ace Attorney series. Sounds awesome to me! Can't wait to see what sort of stage this might be a part of. What do you think
286 views0 comments

Nintendo dropped a ton of details about the new Super Smash Bros. Ultimate game during their E3 Direct yesterday, and naturally, a lot of Kirby came with it! While we don't have any new fighters from the Kirby series (yet), there's still a lot to be noted. Let's take a look! First up, as Smash Ultimate will include all previous fighters from the Super Smash Bros. series, Kirby, Meta Knight, and King Dedede return with glorious new renders. Aside from characters, the stage sel
811 views0 comments